Confinement is testing our patience, our imagination and all our common sense, but it is also an opportunity to try new things, from gourmet recipes to crafts. In sex it can also be a field in which to innovate. If you are away from your partner you can try from sexting to cybersex. If you find yourself without a partner, it can be the perfect time to learn about yourself, get to know yourself and dedicate time to your body and your own pleasure. And if you are lucky enough to spend confinement with your partner, It may be the ideal time to try, for example, new sexual positions from one of the most famous books in the world: the kama-sutra.

The Kama-sutra is, contrary to what we might believe, an ancient Hindu text on sex and not on postures. Although it contains 64 positions, it deals with human sexual behavior in a much broader way.

The Complete Illustrated Kama Sutra (English Edition) Richard Francis Burton, who previously translated The Arabian Nights, was commissioned to translate it into English in 1883, in order to introduce it to the repressed Victorian society but it was not until 1962 when the United States legalized the bookduring the sexual revolution. The book contains different postures, some worthy of the Cirque du Soleil, which can serve as inspiration for our moments of pleasure. We selected seven easy poses inspired by the kamasutra and that go beyond the missionary or the doggy position, with which to give a different touch to our sexual life. 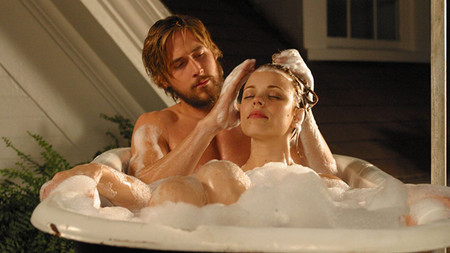 The swing or the hammock

This variation of the position of the “Lotus Flower” that we already told you about, keeps the man sitting up (either in bed or on the floor), and the woman on him, but this time without hugging her hips with her legs. The woman lies down while he, holding her hips, pulls her close and moves his body away from her. If you find it uncomfortable, you can put a pillow under your hips to raise them so that they are aligned and facilitate deeper penetration.

The spoon and the inverted spoon

The spoon is a comfortable, easy and different position than cconsists of lying on your side with your back against the man’s chest, also lying on its side. In this way the bodies will be stuck and skin to skin. In the variant of the spooning or spooning position you will be face to face, so we are facing a romantic position in which you can whisper things in your ear and see the face of your partner while you enjoy. 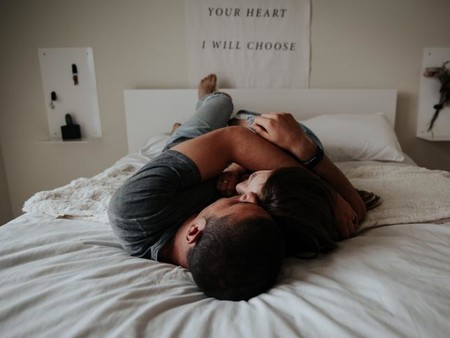 Lying on your side you will look at each other and your bodies will be completely glued and face to face. The leg that is not supported on the bed can hug him and thus facilitate movement and penetration. A posture designed to love each other in the full extent of the word. Kisses and caresses will be the ideal complement.

When we talk about sex we are not just referring to sexual intercourse with penetration. Sex is so much more. Oral sex is a wonderful practice, and this position is designed so that the woman’s pleasure is the most important thing. You need a table to carry it out. The woman lies on the table at the edge of it and the other person kneels so that his mouth stays up of the genitals of the person lying down. To make it more comfortable, the person lying down can hold their legs with their hands, and surrender to the pleasure.

There are positions that seem designed to fulfill fantasies. Imagine that he comes from behind, turns you around and, holding you by the waist, lifts you up onto the kitchen counter, the living room table or even the sink. You’ve seen it in a thousand movies, right? Well, this position is not only extremely pleasant for both of you, but it is also simple.

He is standing, you are sitting in front of him and with her legs open, surrounding her hips. Being face to face you can look at each other and also touch each other. It’s perfect for stimulating the clitoris during penetration, for example. 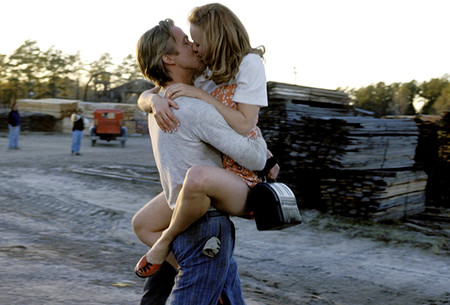 If you feel safe to go one step further, he can even lift you off your buttocks and move into the standing sex position. An extra physical effort that is well worth it.

The Amazon and the Inverted Amazon

The position of the amazon will not be unknown to many couples. Although it is not the favorite of the Spanish, it is an exciting position in which the woman takes control of the practice and decides the rhythm and movement. The man lies on his back and the woman straddles him of him, looking at him. If you choose the inverted Amazon, the position is the same but the woman is placed on her back. With both, the person lying on their back has the other within arm’s reach to be able to stimulate their breasts or clitoris, for example. Photo | Sex Tape, Noa’s Diary, Unsplash